Through hindsight, I realize now the earliest of symptoms was a mysterious skin rash that appeared on my forehead in 1986. But it wasn’t until years later that I noticed other symptoms. In fact, it was the early 1990’s when I first began to feel more fatigued than usual. Granted I had a full-time job, a part-time teaching gig at the local vocational school and I was attending graduate school for my executive MBA. So who wouldn’t be tired, right? I’m tired right now just recounting how busy and ambitious I was in those days.

The ongoing fatigue finally drove me to seek the advice of my general practitioner. I worked for a major aerospace company at the time and had for health insurance an HMO (Health Maintenance Organization) policy. It was right before the general public began to learn that many HMO’s were paying doctors not to run what they deemed “unnecessary” tests. I informed my doctor of my symptoms of fatigue. He ran the standard blood tests, which showed nothing unusual except for slightly elevated cholesterol. I took his advice and cut back on the French fries and ranch dressing that I absolutely love. A few months later, I returned for a follow-up exam and discovered I had lowered my cholesterol to an acceptable level, but continued to experience persistent fatigue. He suggested, as I had already considered, reducing the stress of two jobs and school. I wasn’t about to quit college or my full-time job, so instead I reduced my teaching schedule to as few hours as possible without risking the loss of my teaching credentials. The effect on my energy level was marginal, but cutting back my hours gave me more time to rest and research my symptoms. Keep in mind the Internet was only just a fledgling in the early 1990’s and comprised mostly of electronic bulletin boards housing geographically-limited information. Available data was sparse, segregated and difficult to acquire electronically. Libraries had some information, but much of it was outdated. As a result, I found myself sharing my symptoms with anyone who would listen. Eventually, I met someone who paralleled my symptoms in almost every way. He was a project management consultant for a world-wide consulting firm and traveled extensively. He put me to shame with his 80-hour work weeks, constant overseas travel and having to deal with extremely demanding clients. It seemed much more reasonable for him to be fatigued than me, I thought. He shared with me that he had been diagnosed with Chronic Fatigue Syndrome (CFS) by his doctor. His doctor recommended multiple vitamin supplements, B12 injections, several prescription drugs and he was placed on a very strict diet. I wanted to know more about CFS and immediately began to research it. I read many books, numerous articles and anything I could get my hands on to better understand this disease. Analogous to Celiac Disease today, CFS was fairly new and information was difficult to acquire. There were many theories and some suggested anecdotes, but not a lot of tangible evidence. Had I finally discovered the culprit responsible for my growing fatigue? I couldn’t be sure, so I decided to discuss the possibility with my doctor. The day of the appointment, I entered his office filled with high hopes, like a hot-air balloon fully inflated and lifting ever closer to the heavens. I believed by sharing this information with him a light would go on and perhaps he’d pursue this lead. Nothing could be farther from the truth. Instead of thoughtful consideration, his face turned red, he appeared angry and he then proceeded to lecture me. First he criticized me for suggesting I had CFS and, as many Western doctors continue to do, he completely discounted the likelihood anything was wrong with me. It was all in my mind. Next, he admonished me for taking multivitamins to combat my fatigue. His words left me stunned and devastated. All my hopes and aspirations that a diagnosis and subsequent relief soon would be on its way were immediately dashed and all but destroyed. I left his office feeling the balloon of hope quickly deflating and suddenly plummeting towards the ground. Over the following weeks and months an overwhelming feeling of despair and helplessness came over me. I fell into a deep depression that would last years. I later made a valuable discovery: With depression, often you are the last to know you are depressed. 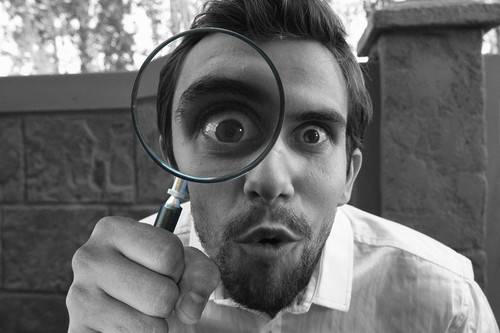 Over the next few months my energy level plunged even further until I could barely get out of bed. I started noticing a change in my bowel movements. They sometimes had white, tissue-like material clinging to them. And then my joints started to ache. These symptoms not only alarmed me, but added additional stress to an already stressed out body. The anxiety and stress began affecting the quality of my sleep and consequently both work and school suffered. I had become ensnared in a vicious cycle with no apparent end.

Then one morning something happened that provided me with the necessary motivation, focus and direction to take charge of my situation. I awoke in so much pain (from what later I learned was arthritis) that I could barely get out of bed. The stiffness and pain was throughout my spine and emanated from every joint. Also, I was sweating profusely and my bed sheets were soaked completely as if from incontinence. It was at this point my anxiety, fear and stress had taken their toll and I had reached my breaking point. I became angry at the doctor, at my situation and at feeling helpless to do anything about it. In that moment of rage a sudden flash of reason took over and I made a decision to channel that anger towards something constructive. I went to Human Resources that day and found out what it would take to change my HMO to a PPO so that I could choose my own doctor and see specialists outside the network. Once the paperwork was done and I was enrolled, I went to an infectious disease physician who was more than willing to entertain my suspicions about CFS. He was incredibly open-minded and thoughtful. Upon examination, he quickly acknowledged there was a reason for concern and referred me to a specialist who recognized that there was some sort of infection going on in my body and the fatigue, joint pain and night sweats were likely symptoms of this infection.

Next, I had to go through a series of tests and procedures, including the much-dreaded colonoscopy. I’ll spare you the unpleasant details and just share with you the outcome of the procedure. The results of a biopsy (examination of snippets of infected tissue) performed during the colonoscopy showed I had Ulcerative Colitis (UC), an autoimmune disease that affects the small intestine and, if left untreated, could result in cancer. A few years later another doctor changed my diagnosis to Crohn’s Disease (CD) due to additional symptoms that surfaced after the original diagnosis. Both diseases affect the digestive system and both are considered autoimmune diseases, in that the body’s immune system attacks what it believes is harmful to the body. CD; however, can affect any part of the digestive tract from the mouth to the anus, while UC typically affects only the small intestine. I was immediately prescribed Sulfasalazine, an NSAID (Non-steroidal anti-inflammatory drug) typically recommended for both of these diseases. Additionally I was prescribed Prednisone, a cortical steroid, for my arthritis. In addition, my doctor advised I begin taking multivitamins with iron to ensure I was getting all the needed vitamins and minerals — Something my previous doctor scolded me for.

Finally I had, I thought, a proper diagnosis and although not a cure, at least a solution to help alleviate the symptoms to some degree as well as to calm my nerves. Most of all, I was relieved that my persistence had paid off and that I was correct when I believed there was more going on than just common fatigue from a busy lifestyle. This victory left me feeling validated and in control — Two very important aspects for anyone suffering from chronic illness.

Over the coming weeks and months many of the symptoms faded away to return infrequently and usually only after I was under extreme stress or when I failed to get adequate sleep for a prolonged period of time.

But this isn’t the end of the story. In fact, it’s just the beginning of a very long journey…